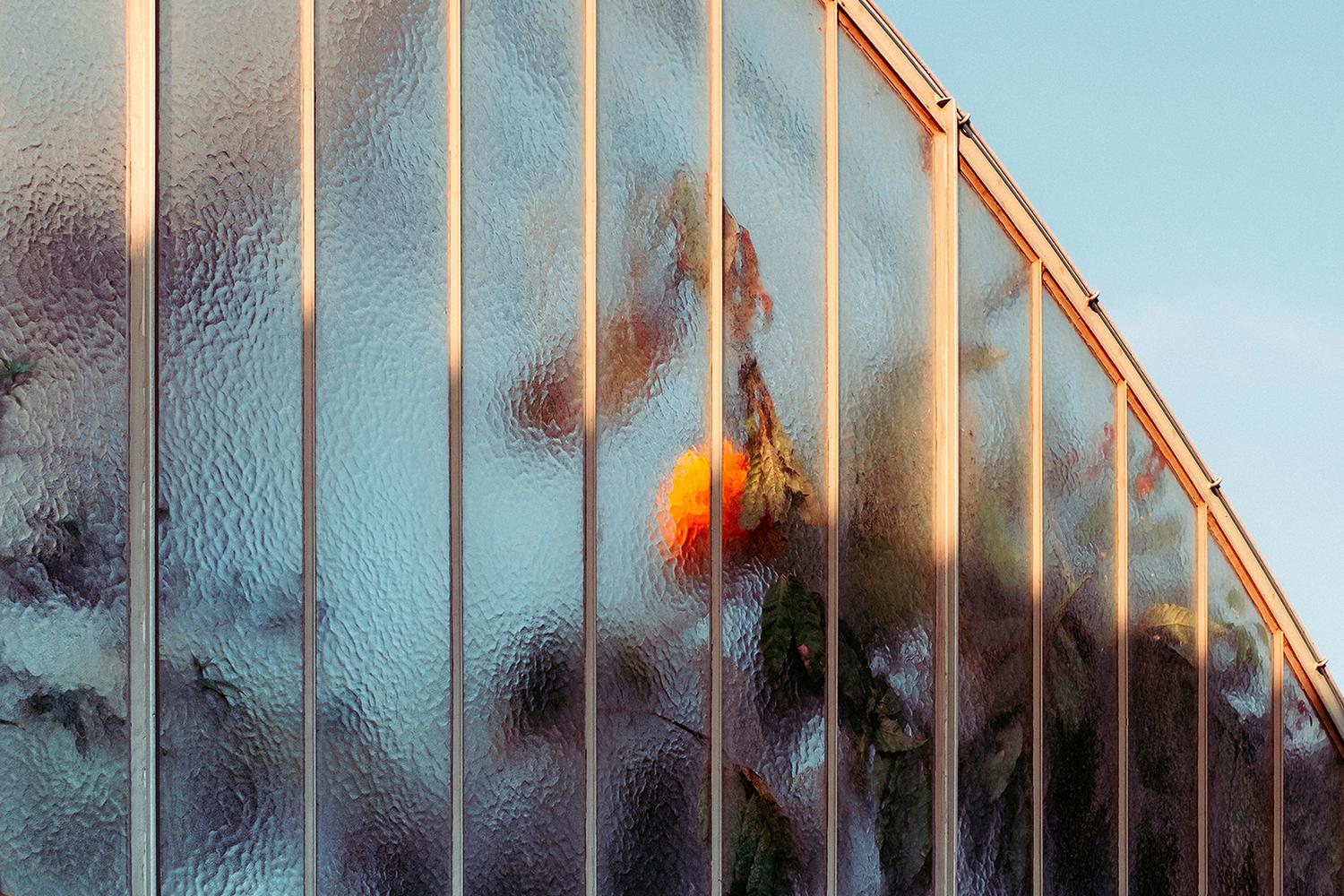 The restoration and redevelopment of the former hospital site Elisabeth in Antwerp city centre consists of a complex of historic buildings and gardens located between Lange Gasthuisstraat Sint-Jorispoort and Leopoldstraat, next to the Botanical Garden. Hidden behind their shiny facades, the historic buildings today welcome new 'guests' in a sanctuary where history and present meet. In this way, important heritage is given back to the city and its residents. Fused with the botanical garden, this becomes a unique oasis, to escape the urban buzz.

For the architectural mission performed by AIDarchitecten together with builder and architect Eric De Vocht and Maryse Odeurs, an intelligent and high-quality restoration and repurposing was overseen. Backed by historical preliminary investigations and studies, the architects tried to find the right sensitivities and interpretation of the building historical elements correctly and with integrity. A respectful approach to the existing buildings adapted to the complex hospitality programme were at the heart of this process. A balance was sought between conservation of the heritage and adding sober elements that contribute to its contemporary use. Structural and historical sustainability became the basis of the design. The 'dynamic preservation' of the building ensemble is accompanied by a cosmopolitan look, and modest architecture. The task was like re-shining a dull pearl ; without using special effects but with the right subtle interventions, the hotel became a new meeting place in the historic heart of Antwerp. The atmosphere in Hotel Botanic is like coming home to a sheltered and familiar environment, unsophisticated, elegant and warm. A fascinating place, where imagination has a place.

Honest authentic materials such as natural stone, warm woods, old paint techniques and fine upholstery were used to decorate the rooms. Craftsman details were reinterpreted to enhance the soul of the buildings. Purifying existing archetypes creates interesting architecture, and the building gently tells its age-old story. Fixed furniture and lighting were custom-designed and are sober and contemporary. For decoration, the wink to the botanical is never far away.

Shelter is perhaps the word that best describes the new setting. Surrounded by imposing trees and amid fragrant plants and healing herbs, the visitor is reminded of the values of the former guesthouse and the adjacent botanical garden.

St Elizabeth's Hospital consisted of several building assemblages, from different periods. There is the 15th-century infirmary, the 16th-century Chapel, Rectory and convent building, the chaplain's house, the 19th-century pharmacy, each with its architectural identity. The many layers were unravelled in an extensive historical survey by Anneleen Cassiman, which formed the core of the site's design.

A brief summary:
The foundation of the first hospice, probably located on the graveyard grounds of Our Lady, would date back to the 11th century. It was originally served by lay people who adopted the monastic rule of St Augustine in 1233. Around the same time, the institution moved to its present site. The new guest house and chapel were consecrated in 1238 by Guiard of Laon, bishop of Cambrai and placed under the protection of Saint Elisabeth of Hungary. Today, the oldest surviving buildings are the 15th-century chapel and the Gothic infirmary probably dating from 1460-1484.

From 1798 the hospital came under the administration of the Civil Almshouses, today's O.C.M.W. The front building with the main entrance dates from 1836. As of 1842, several new halls were built on the Leopoldstraat side, the pharmacy and adjoining buildings followed in 1847, the large extension on the St George's Gate side in 1856. Since 2017, the site has been managed by Iret Development, which started the restoration that same year in collaboration with AIDarchitecten led by Gerd Van Zundert. The agency Heritage and Vision was appointed for the protected and subsidised works component.

When we embarked on the 'site Elisabeth' study in summer 2017 , it created - despite the undeniable historical grandeur of the buildings - mostly a stuffy, outdated and gloomy impression. The whole site was silted up by numerous renovations and additions. After a thorough study of the existing condition, a multitude of spaces and courtyards became available. The original architecture and interior was stripped of additions, patching and carpentry. It soon became clear that this project would become a succession of places and moments, each with its own story, dimensions and appearance.

The existing and protected architectural entities were kept in their original character as much as possible. Various building blocks were connected by simple but elegant and light conservatory constructions, the detailing of which was based on the original 'winter garden canopy' on the 19th-century guest house. These light additions also created outdoor spaces, optimising contact with the interior gardens for perception, and giving the buildings back their 'oxygen'. They give the composition a certain nonchalance and made it possible to integrate new functions and programmes.

The old buildings were refurbished wherever possible, with respect for their original functions: former kitchens are today private dining rooms, in the old pharmacy that was restored you can today find botanical spa-products, the infirmary remains a polyvalent space for a diversity of activities, the chapel has been restored and serves again for all kinds of 'deconsecrated' services of honour. Existing spaces in the convent and presbytery, among others, were rearranged and merged to make contemporary rooms. New passages give it greater flexibility and simultaneity of use.

New contemporary dormers sought to optimise daylight and reveal views of historic towers all around. New staircases open up floors and also provide necessary escape routes for fire safety. The new Spa building, an archetype of the 'winter garden', has rooted itself next to the Botanical Garden. With its light greenhouse structure and particular attention to their materialisation, it stands naturally planted in the heart of the Monastery site. The existing garden wall of the old orangery forms the plinth of the new Spa building.

The design of the building is a nod to the experience of traditional and ritual bathing in different cultures and in nature. An attempt was made to give shape to the same simplicity, behind a complex technical building. In collaboration with Guy Stockmans of Linears, the gardens were partly redrawn and reconstructed, based on old drawings and the botanical existing garden. The unambiguous clinker paving brings calm and simplicity, and the garden architecture reinforces the tranquillity of the whole. The garden is an essential part of the experience, including a new herb garden for the restaurants and a vegetable greenhouse.

Today, the Site Botanic seems 'self-evident'..., but it was a juggling act to bring the old buildings up to contemporary standards in terms of construction and building physics, while at the same time preserving their simplicity and coherence. Special attention was paid to integrating all techniques and acoustics. All required standards; contemporary sustainable techniques and thermal comfort; fire safety and accessibility, almost invisible within the historical framework. A hotel of this size and class must be able to operate like a well-oiled machine: deliveries, waste, storerooms, service areas, etc. The various buildings are connected - sometimes underground - so that the visitor does not notice all the practical and organisational hustle and bustle that goes on behind the scenes.

This was a particularly intensive assignment in all respects: new phases were added several times during the design and construction process; during the stripping of the buildings, unexpected heritage qualities and spatial features were discovered which were to be preserved. At the same time, all the pieces of the puzzle - technical, organisational and budgetary - had to fit together.

This meant daily feedback from the architecture team on site or behind the scenes with the engineering team for coordination and follow-up. Flexibility and alertness became key concepts. For almost four years, five architects worked full-time on the project. The directness in the cooperation with the client and professionals made the term 'master builder' topical again. That the entire project proceeded in good synergy is undoubtedly due to the professionalism and input of the client who is also an architect. Having trained as an architect, he always opted for quality and timeless sustainable solutions. By continuing to search for the right inspiration, a gem in the heart of the city of Antwerp was resurrected, partly thanks to the client.