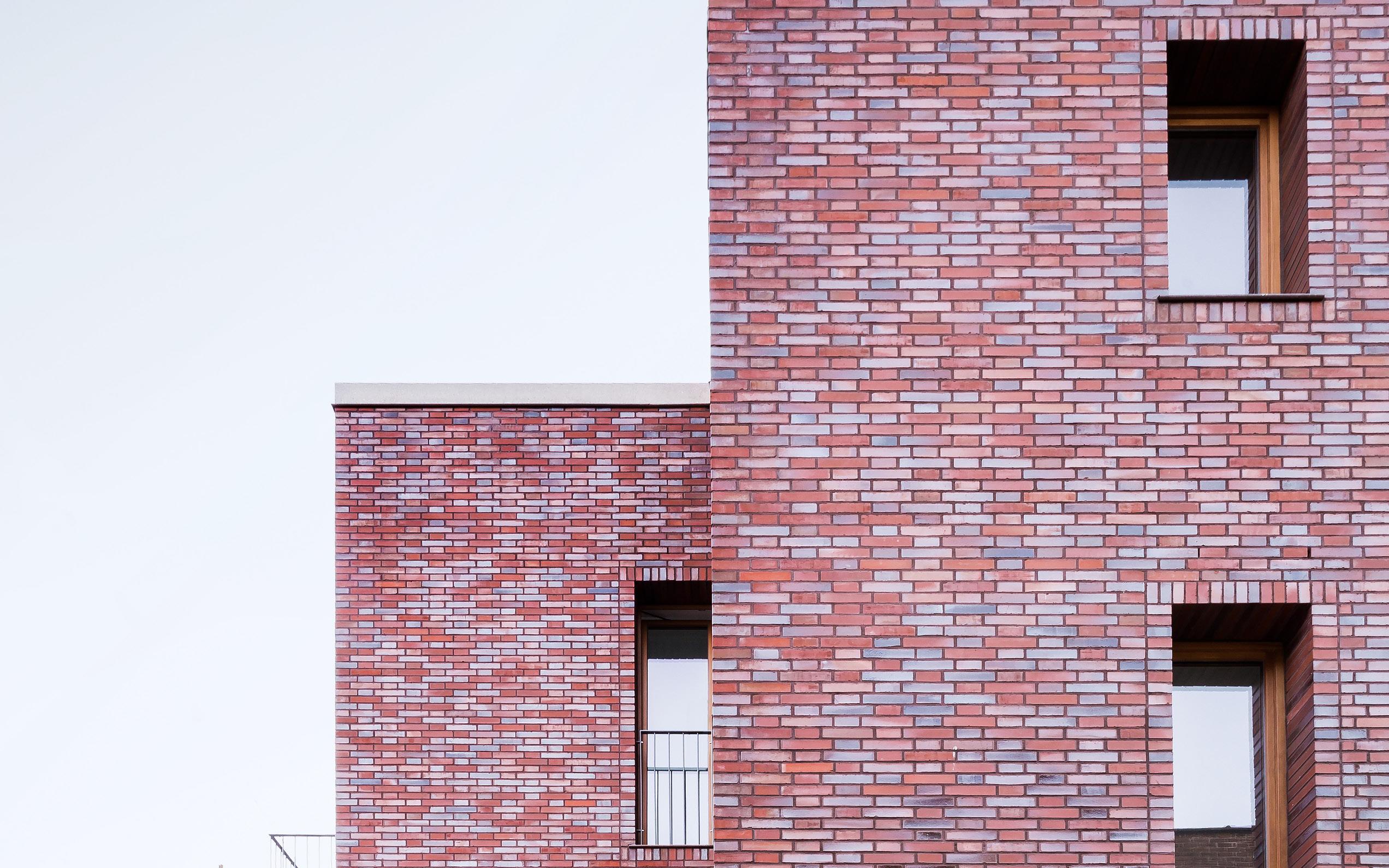 Westmalle doesn’t escape the big challenges of the 21st century as pressure increases on open space and the often trivial ‘apartmentization’ of village centers. In all urban structural plans of the village within the Kempen region towards the future, strengthening the core is esteemed crucial. A combination of purposes such as housing, concentration of commerce, services and commodities in the main centers greatly improves the livability of villages. The surrounding landscape and green space is saved by encouraging compacter forms of housing through interesting architecture.

As designers of houses in ‘villages for people’, we have attempted to reinstall a certain potency in a neglected part of the village through this significant building. By attending to the issue of densification we have developed a sublte project with a kind gesture to the village population.

The existing building – demolished due for structural reasons – stands out due to its sidewall that jumps away from the street. The adaption of this movement achieves plural objectives.

Firstly, a buffer is created between the street and building itself, which serves exquisitely as an entrance to the apartments. Secondly this forms a mirroring effect in relation to the monumental mansion across the street, involving it in the whole.

Through appropriate distancing from the neighboring plot, a wide passage appears as a gateway for inhabitants towards the building further away from the street. This buffers also results in added privacy. A commercial function on the ground floor has been combined with housing. Each housing unit has its own small outdoor space and the top floor includes a rooftop terrace.

All facades were considered with great care, resulting in greenery on the private premises and a public lounge bench next to the frontside entrance. Energy efficiency and sustainability have to been hollow concepts but have been guiding principles during the design process.